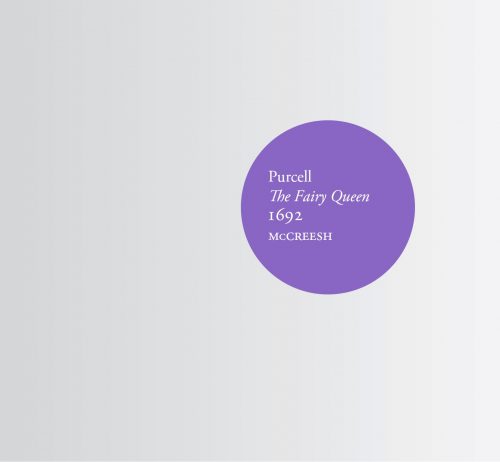 The Fairy Queen is one of Purcell’s most colourful and ravishing scores, with thrilling instrumental pieces and some of the most beloved songs of the 17th century. Originally incidental music to a lavish reworking of Shakespeare’s A Midsummer Night’s Dream, Purcell’s dramatic masterpiece is recorded here in a new performing edition, after nearly a quarter-century in Gabrieli’s touring repertoire.


Purcell: Now the night is chas’d away

“★★★★★ Applying the latest research, Paul McCreesh and his forces give a performance of engaging freshness and vitality . . .”Planet Hugill

“As always with Gabrieli, the music-making itself is top-notch … recommended in particular for Purcell enthusiasts.”The Classic Review

“A fine recording ... scholarly and sensitive... McCreesh and his performers give their impressive all to the miraculous score.”The Times

“For his work there can be nothing but praise, from the subtle subdued hues produced by his strings, set up and bowed in accord with 17th-century practice, to the gossamer-like touch he brings to so much of the score... McCreesh's Purcell … has no rival.”Opera

“Paul McCreesh and Gabrieli have become so accomplished at breathing new life into historical works and occasions that it’s difficult to give this latest recording the praise it deserves without becoming repetitive. Their trademark approach to authenticity continues to be a winning formula – recapturing the spirit, rather than the precise letter, of the original – and the performers all flit effortlessly between the narrative’s changes of mood. I can’t think of anyone who could give a better rendition of this Restoration 'feel-good' masterpiece.”Presto Classical