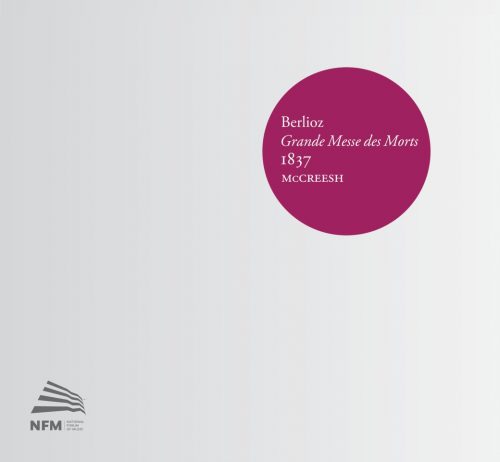 Paul McCreesh’s first release on the new Winged Lion label, together with Signum Classics, Berlioz’s Grande Messe des Morts was recorded in Poland as part of the Wratislava Cantans Festival (of which McCreesh was artistic director). This staggering performance is produced by a force of over 400 performers – drawn from the Gabrieli Consort and Players, the Wroclaw Philharmonic Orchestra and Choir and students from Chetham’s School of Music.

“Certainly not for the faint-hearted either in terms of its enormous scale or its spectrum of powerful, visionary expression. The impact is overwhelming… McCreesh has achieved something quite out of the ordinary in this performance of the Requiem.”Gramophone Choice, Gramophone

“As fine an account as I have ever heard… It sounds wonderful, overwhelming in the great apocalyptic tuttis, but at the same time beautifully clear in detail, with a lovely bloom on the individual choral and instrumental lines…”Sunday Times

“The loveliness of the Wroclaw Philharmonic Choir; or the quiet corners of the final sections, when rest eternal beckons and the instruments’ individual colours rise to the fore.”Times